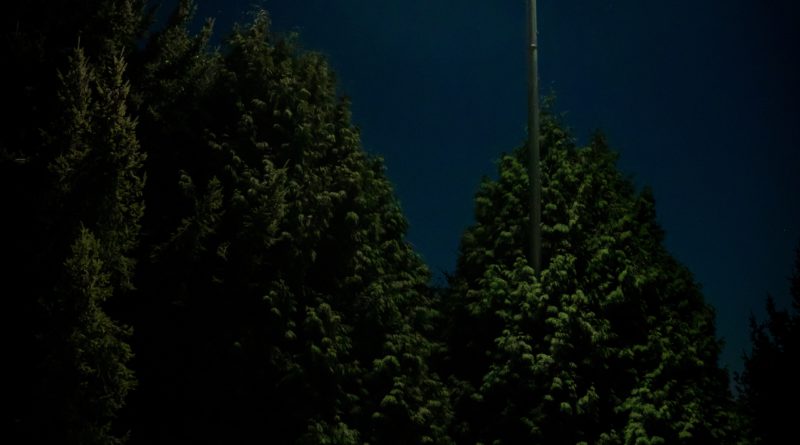 In business, more than anywhere else, we are faced with moral and ethical decisions daily. Not only are we faced with questions between right and wrong, but between right and right. The morality and ethics of the modern workplace are a product of the minds of the leaders of the organization, the polices they establish and the behavior they model. Ethical and professional dilemmas are not new. Ethical issues may arise in a variety of circumstances, and what one person sees as an issue isn’t necessarily problematic for others. The most common ethics issues, the issues about which there is the most debate and the most tension, tend to arise when a code of ethics is unclear about a situation, when there’s a clash between two codes over an ethical dilemma, or when a code doesn’t address a scenario whatsoever. The ethical codes that help address these ethics issues can come from a variety of sources. Some are rooted in corporate dealings, medicine, law, or politics. While religions typically provide values and moral standards, some provide ethical codes, too. Creating and promoting institutional integrity becomes one of the most important functions of leadership. Moral and ethical stances need be consistently reiterated and clarified. The aim is to operate organizations in such a way that they achieve stated goals and do so in a manner that is consistent with the higher values of the organizational community. When employees have no clear picture of the moral or ethical stance of the organization, they tend to operate at the lowest perceived level.

When a leader or organization fail, there is usually a gradual descent into poor judgement, denial, greed, deceit, ego, wishful thinking, poor communication or lax oversight. It becomes apparent only in retrospect. No one seems to notice at the time as everyone is immersed in the culture.  The scandal that recently enveloped Wells Fargo teaches an important lesson about running an ethical business. Wells Fargo was trying to run an ethical business, despite its huge blunder. Wells Fargo decided it was not doing enough cross-selling, Cross-selling means getting customers who use one service, such as checking, to use other services, such as savings or credit cards. There is nothing wrong with cross-selling – all banks do it. Wells Fargo developed a specific strategy to encourage cross-selling, which was to involve its employees in telling customers about other products and services.  Even if supervisors encouraged or directed the fraud, it was likely these low-wage workers who clicked the button to open those accounts. Ethical behavior is not about who you are or the values you hold. Behavior is often a function of the situation in which you make the decision, even factors you barely notice.

To encourage employees to support the program, Wells Fargo employed the time-honored strategy of providing incentives to employees who succeeded at cross-selling. Employees not only responded to these incentives by cross-selling, they manufactured fake accounts in the names of existing Well Fargo customers. Some customers figured this out, but many didn’t and ended up paying fees on accounts they didn’t even know they had. In attempting to correct the problem the company fired 5,300 employees and lost its highly respected CEO, John Stumpf (Wikipedia, 2018).  Well Fargo made several mistakes including not publicly acknowledging the problem soon enough and not having adequate controls to detect the fake accounts. What is unique about this problem is that so many employees were involved in the wrong doing. Unlike many corporate crises, this was not one or two rogue executives in an otherwise healthy organization. This was plain wrong-doing on a massive scale.

When organizations think about creating an ethical culture, they almost always ignore the organization’s reward system. They print codes of conduct, mandate training and establish ethics hotlines. But if you are rewarding the wrong things, you will get the wrong behaviors.  Organizations signal what they really care about through their reward systems. The importance of this lesson goes well beyond ethics. The Wells Fargo case shows the power of pay for performance. Unfortunately, it also showed the power of pay for performance when you pay for the wrong performance. You will have a lot better chance of avoiding the sort of ethics crisis that Wells Fargo has undergone if you take charge of your organization’s reward system. You cannot leave your organization’s greatest source of influence on its employees in the hands of the organization’s bureaucracy. Wells Fargo was dragged before Congress, put under the microscope by government officials, and embarrassed before its customers. A new CEO and management team were brought in, and the old regime lost millions of dollars in docked pay. The Federal Reserve punished Wells Fargo. In an unprecedented move, the Fed said the bank won’t be allowed to grow its assets until the bank cleans up its act. The bank also agreed to overhaul its board of directors.

Political, social, economic, and cultural effects of an ethical business dilemma can result from poor leadership decision-making. The Wells Fargo scandal will likely accelerate bank compensation rules. Additionally, Wells Fargo will need to enforce actions regulators want to make which resulted in an ethical political dilemma.  Economically Wells Fargo lost millions and were not allowed to grow their assets. Socially and culturally it was an embarrassment to employees, customers and families. They lost existing customers and the potential customers they may have gotten. Wells Fargo received substantial fines which caused economic hardships for the company.

The Wells Fargo scandal was different than other scandals. Instead of a select few doing bad things, the unethical behavior was widespread at the bank, with thousands of employees engaged in secretly creating new bank and credit-card accounts for customers without their knowledge, resulting in overdraft and other fees. Leaders had put high demands on employees. One morality-diminishing factor that was likely at play at Wells Fargo was the presence of overly aggressive goals and performance pressure which came from leadership. Employees are more likely to disengage and consider unethical practices to make goals. Employees likely thought this was just business which can eliminate personal feelings, values, and ethics from professional situations. This again was a direct result from upper management forcing unachievable goals to gain profits. Leaders should take steps to prevent unethical behavior. Leader’s can promote a see something, say something environment by communicating that any reports will be followed up on and how. Had this been done by leadership, perhaps the unethical business practices would have been eliminated and punished sooner. This is where leadership went wrong. Had they promoted a no tolerance work environment, it would not have been so easy for so many employees to create fraudulent accounts. A leader’s ethical decision-making model should begin with trust. Making ethical decisions when confronted with a dilemma is the key to success. Using a framework to guide those decisions can be crucial to advancing leadership competence. Central to leadership is trust, without trust, there are no followers. An ethical decision-making model includes the leader acting with integrity, honesty and doing the right thing for the right reasons. The ethical leader requires reasoning and acts with organizational purpose firmly in mind. The ethical leader has knowledge to inquire, judge, and act prudently. The ethical leader has the power to ask questions, make decisions and act, but also recognize that all those involved and affected must have the authority to contribute what they have toward shared purposes. The ethical leader inspires and is beneficiary of trust throughout the organization and its environment.

As leadership always entails a relationship between leaders and followers, it is important to focus on the leader as a moral manager (Van den Akker, 2009). Leadership is an essential feature of the ethical culture of an organization. Ethical leadership is a relational concept in the sense that it is constructed in and through social interactions with followers. Ethical leaders positively influence follower’s moral behavior by facilitating communication about ethics and values. Trust is a key component of successful working relationships between leaders and followers. Ethical leaders’ fair and caring treatment, consistent behavior, and clear communication likely result in trustful relationships. Ethical leadership and ethical leadership decision-making have grown to be major attributes required of today’s leaders (Northouse, 2016). Ethical leadership means that a leader: serves others, shows justice, displays honesty, shapes community, and respects others. Ethics are a core principle to effective leadership decision-making (Northouse, 2016). In companies where, senior managers and supervisors demonstrate ethical leadership, employees are less likely to observe unethical conduct and are more likely to seek advice on ethics issues. Studies have also shown that within those companies that currently foster a strong ethics program, employees are more likely to report when ethics are in question or if misconduct occurs. (Lunday & Barry, 2004).

There needs to be a process for solving an ethical problem. As a leader, you need to analyze the consequences, analyze the actions and decide. Wells Fargo is finally sending customers an email every time a new account is opened and revising its sales goals. It also needs to revisit how supervisors are evaluated and crack down on those who threaten employees over sales targets. Wells Fargo needs to send a strong message to its employees about the moral implications of their actions.

Ethical leaders are concerned with issues of fairness and justice; they place issues of fairness at the center of their decision-making (Northouse, 2016). Making good ethical decisions requires a trained sensitivity to ethical issues and a practiced method for exploring the ethical aspects of a decision and weighing the considerations that should impact our choice of a course of action. Having a method for ethical decision making is essential. When practiced regularly, the method becomes so familiar that we work through it automatically without consulting the specific steps. Trust relationships are the foundations of all ethical decisions. A gap exists between who we think we are and how we behave. People need to clearly understand their own behavior and, in the process, raise themselves up to the ethical standards they already hold.

Tippett, E. C. (2016). The New Republic. This is how wells Fargo encouraged employees to commit fraud. Retrieved from: https://newrepublic.com/article/137571/wells-fargo-encouraged-employees-commit-fraud