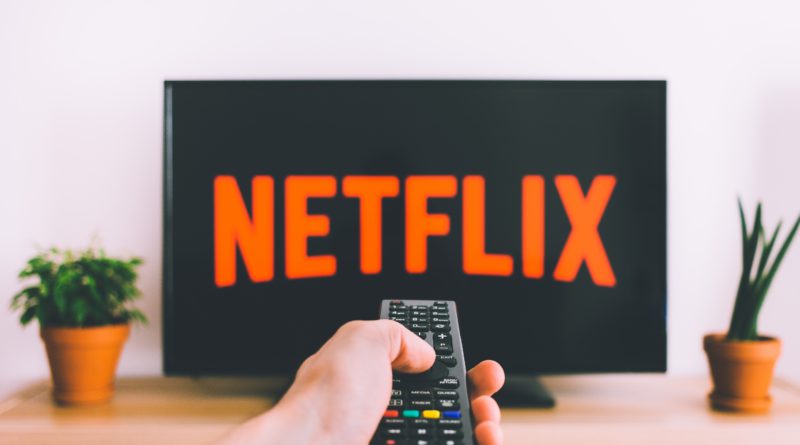 The online entertainment movie streaming company, Netflix, made its debut in 1997 as a by-mail movie rental company. In the proceeding five years, Netflix toiled to fine-tune its brand to become the sustainably cashflow positive business that it has become (Netflix, 2018). In the early stages of the company, in an attempt to further differentiate itself from other video rental companies, Netflix weathered a setback due to a bad decision involving Quicksilver DVD’s but was able to regain its footing and in 2007 the company began streaming movies and video content in the United States and in 2010 Netflix began streaming worldwide (Netflix, 2018).

As Thompson tells us in “Crafting and Executing Strategy: The Quest for Competitive Advantage (2018),” many times a small company that has grown into a large company doesn’t have a written down or published vision statement as is the case with Netflix. Although Netflix does not have a published vision statement, Reed Hastings, co-founder, and CEO of Netflix Inc. expressed his vision for the company in October of 2011 to the attendees of the Dublin Founders Conference. Hastings vision for the firm entailed: “Becoming the best global entertainment distribution service, Licensing entertainment content around the world, Creating markets that are accessible to filmmakers, Helping content creators around the world to find a global audience, Hastings, 2011, (Farfan, 2018).”

Rather than taking the traditional route and adopting a mission statement, in the past Netflix referred to what for other companies would be a mission statement as a “quest” and as such, the Netflix quest was: “We promise our customers stellar service, our suppliers a valuable partner, our investors the prospects of sustained profitable growth, and our employees the allure of huge impact. (Farfan. 2018).”

There are nine principle values that Netflix hold at its core. These values are the guidelines to which the company’s management has set forth as the behavioral and ethical standards to which the Netflix employees are held to and expected abide by. They are: “Judgment, Productivity, Creativity, Intelligence, Honesty, Communication, Selflessness, Reliability, Passion (Netflix, 2018)”. On the Netflix website under the Netflix, Culture heading can be found further details that describe the importance of each of these core values.

If I were considering investing in Netflix, after reading their vision and mission statements I would immediately be on the phone to the wirehouse. Those few lines tell me what the company’s intentions are for now and for the future and what I can expect from the company as an investor, which is the potential for sustained growth and that is exactly what I’d be looking for in an investment.

I believe that co-founder and CEO Reed Hastings painted a clear picture of the direction that management is steering the company in creating opportunities for others that will be beneficial to the company and its subscribers. I can also see the humanistic approach the company takes toward doing business rather than the traditional corporate model. In regard to their core values after having read them, I would consider working for the company. Not only are they realistic and attainable, but their values are also closely aligned with my own. Netflix is a great place to work if low employee turnover can be used as an indicator. I have no negative comments or suggestions for improving the company in that they seem to be in a good place and having much success with the way things are and in the direction that they are heading.

Based on the company’s current trajectory, the management at Netflix intends to grow its subscribership to 60-90 million in the U.S alone (Strategic Objective). In virtually every country except China, the company goal is to continue to grow and expand upon the 160 new markets that they’ve entered into in 2016. Initially, the company targeted affluent clients with international credit cards and smartphones but have since listened and learned and is rapidly improving their services and content in more languages (Strategic Objective).

The profits generated by the company’s international growth is used to fund their expansion into the remaining markets that they have not yet entered (Financial Strategy). Additionally, the company is launching a new platform for what they call “new generation of stars designed for multimedia users with high followings (Strategic objective) (Netflix, 2019).

In 2019, Netflix is aspiring to reach a 13% operating margin while continuing to grow operating profits and margin and also balance growth with profitability (Financial Strategy).

In the world of media streaming, in Netflix’s case, streaming movies; what set them apart from their competitors is the content that the company provides and the platforms that their content can be viewed on.

The main competitive advantage that Netflix has is that they offer what they call “Netflix Originals.” Netflix Originals is content that is exclusive to Netflix and can only be viewed on Netflix. In addition to original content, Netflix enjoys extensive name recognition, which has recently become a national phrase, “Netflix and Chill” has become a thing to do.

What gives Netflix its sustainable competitive advantage? There are several key factors. 1, Since Netflix is now a global company, your Netflix password will work anywhere in the world where there is an internet signal, except China. 2, Netflix can be viewed on many different types of devices ranging from smart TVs and phones to laptop computers and tablets. No matter what the operating platform is, such as ISO (Apple) or Android (windows). And the third one is the clincher for many people is that a Netflix account in very inexpensive. That combined with the speed with which they are continually getting new content ensures that Netflix will be around for a long time.

Thompson, A. (2018). Crafting & Executing Strategy: The Quest for Competitive Advantage: Concepts and Cases. Retrieved from: https://marketingreports.blogspot.com/